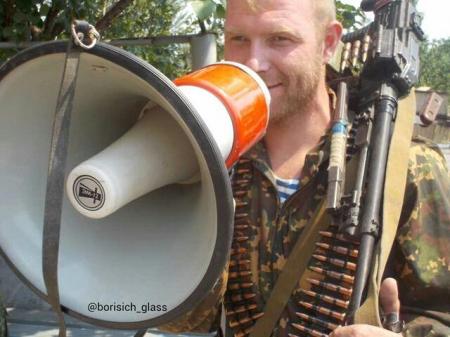 The Junta offensive has petered out in most areas. The ambitious plans of encirclement of Donetsk and Gorlovka have failed. The Ukrainian Minister of Defence, Valeriy Geletei, has announced that the Junta’s capacity for offensive operations has been exhausted, following which the Junta started to make inquiries in Belarus, with the intention of having Lukashenko act as an intermediary in negotiations. The Junta is in desperate need of a break to continue regrouping and concentrating its forces. In general, while the situation is difficulty, it is clearly leaning in favour of the Militia, which has been able to repel a massive offensive by a regular army on most fronts.

Particularly sensitive was the Junta’s defeat in the areas of Shakhtersk and Saur-Mogila, where even the deployment at the front lines of over 250 armoured vehicles did not achieve in any way appreciable results. Nevertheless, the occupation of the larger part of Debaltsevo has complicated the lines of communication between DPR [Donetsk People’s Republic] and LPR {Lugansk People’s Republic] is allowing the danger of encirclement of Donetsk and Gorlovka from the north to persist. While, in view of the defeat near Shakhtersk, there can no longer be talk of a complete encirclement of Donetsk, the Junta, having fortified itself in Debaltsevo, might try to attempt the less ambitious task of encirclement of Gorlovka. The Junta retains sufficient strength to do so, and, in essence, the area of the front between Gorlovka and Alchevsk remains the only one where the Junta is still able to undertake an offensive aimed at achieving serious operational goals. That is why we should not rush in saying that the Junta offensive has completely failed. In the very near term, the battles for Debaltsevo will demonstrate whether the Junta is able to advance any further, or we will gradually see the Junta forces enter a period of serious difficulties.

The catastrophe of the “Southern Intestine” did not occur because operational information was leaked. With the availability of means of surveillance from space, reconnaissance drones and mobile telephones the very concept of “military secrecy” has become purely theoretical. Any large redeployment of military hardware, material resources and personnel will be discovered by the enemy in mere minutes, maximum in a few hours.

The death of the Ukrainian troops in the “Southern Intestine” was caused not by errors at the level of strategic planning (from a purely military standpoint no such errors were committed).

This catastrophe was predetermined by the decisions made by at the highest level of the systemic hierarchy – at the level of the basic foundations of the worldview and the overall cultural level of the people that planned the armed forces group operation “Cordon”.

Only Americans, “Yankees”, could put forward an idea of the “boa constrictor encirclement” of the territory of the enemy. No one other than them has this idea embedded in their subconscious. Whereas for Americans, “Yankees”, this idea is inherent at the level of their national self-identification – as a base military-strategic mythologem of modern American statehood, born in the throes of the victory by the North over the South in the American Civil War.

And only Americans could so utterly miss the option of voluntary withdrawal by Strelkov’s Brigade from Slavyansk. And the reason is elementary – their lack, at the level of the subconscious, of centuries of experience of European military history. The option of voluntary surrender to the enemy without battle of their most important stronghold, which, to the very last day, was being pumped full of all sorts of resources, simply did not fit in their head!

What is happening on the northern outskirts of Donetsk? – The enemy has taken Avdeevka and is concentrating its forces for an assault on Yasinovataya; the offensive is expected tomorrow or the day after tomorrow.

What is happening with the Southern Cauldron? – According to confirmed information, negotiations with respect to the surrender of a part of the surrounded forces are ongoing at this exact moment. Approximately 1,500 men are ready to surrender; they are asking for passage to the territory of the Junta in exchange for surrendering all their weapons, the remaining ammunition and the surviving military hardware (altogether approximately 60-70 armoured vehicles, most of which are without fuel, including up to 30 tanks, BMPs, BTRs, Grad MLRS, as well as a number of artillery pieces).

What is happening in Lutugino? – The enemy has dug in in the centre of the city and is transferring in reservers from the north of Lugansk in order to create a grouping for further offensive operations to the west of Lugansk. The Militia is concentrating its forces in order to attempt to retake Lutugino.

What is happening in Marinovka? – Having taken Marinovka, the enemy attempted to advance further toward the surrounded grouping of its forces, but failed. Artillery fire complicates the movement of the enemy forces and, despite taking control of Marinovka, it was unable to complete the strategic task of de-blockading the Southern Cauldron.

What is happening near Saur-Mogila? – Saur-Mogila is firmly controlled by the Militia despite being semi-encircled; attempts to conquer the height are being thwarted by the lack of infantry and its low combat qualities. Artillery and tanks are unable, at this time, to compensate for this deficiency.

What is happening in Shakhtersk? – Everything is in order near Shakhtersk, as well as near Torez and Snezhnoye; the 25th “Aero-grave” Paratrooper Brigade that broke through on July 27th sustained large losses in terms of killed, wounded and captured personnel and lost its offensive capabilities. The enemy is unable to transfer its reserves to this area – all the reserves have already been deployed in the area of Marinovka and Saur-Mogila. Accordingly, the enemy will be unable to proceed further here without regrouping its forces.

Will Donetsk be encircled? – Because the assault through Shakhtersk and Debaltsevo failed, the Junta will seek to perform a close encirclement, with the next strike to be performed by the northern grouping. The nearest task is to take control of Yasinovataya, followed by an assault on Enakievo. If this plan is realized, then the situation in Donetsk from the standpoint of lines of communication will become threatening.

What is happening with Vostok? – At this time, there are three different groups of forces operating under the name of Vostok (one of them, instead of fighting, is engaged in racketeering in Donetsk). The name has successfully turned into a brand. In the near future we can expect new draconian orders aimed at the elimination of banditry at the rear lines.

What is happening with Borodai? – For now, Borodai will continue to retain his position; he will return to Donetsk after concluding all the pending business in Moscow and Rostov.

What is happening in Stakhanov and Alchevsk? – Having withdrawn from the Lisichansk Protrusion, Mozgovoi’s group redeployed to their new positions and continues to rattle the enemy with their attacks in the area of Pervomaisk, Popasnaya, and to the north of Debaltsevo. Their main assignment is not to allow the enemy with impunity to entrench itself on the occupied territory (resulting in the control over Pervomaisk and Popasnaya passing back and forth between the warring factions), as well as to draw onto itself a part of the enemy forces to prevent the Ukrainian army from immediately starting an offensive from Debaltsevo deep into the DPR. In essence, their goal is to draw fire.

What is happening with the Lugansk airport? – The airport continues to be blockaded; the enemy’s attempts to break out continue to fail. Daily, the airport is shelled using 3-5 Grad MLRS and several mortars. It is expected that, if the Southern Cauldron is dealt with in the next few days, then at least one battery of D-30 howitzers can be transferred to continue strikes on the airport.

Additional information of interest: a Swedish prosecutor has recognized that what is happening in Ukraine ought to be considered a war, rather than an “anti-terrorist operation”. Details will be made available in the nearest future.