Merkel and the Mejlis 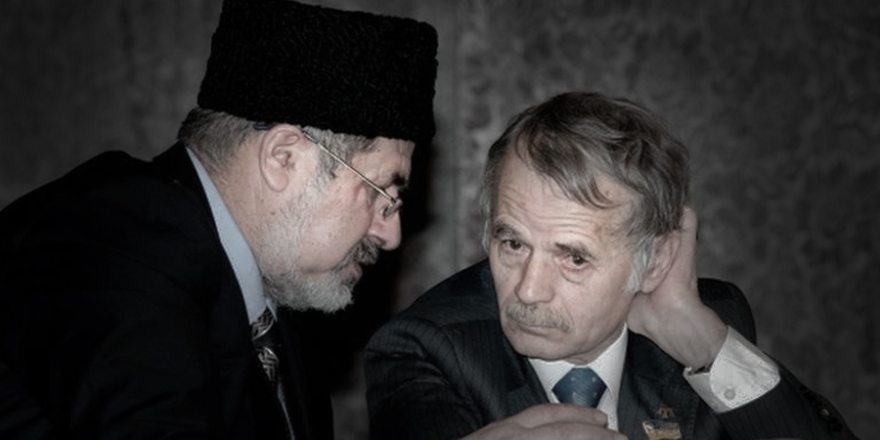 An authoritative German foreign policy web-portal has published an analytical report dedicated to the rapprochement between Berlin and the Crimean Tatars, and came to the conclusion that the German Federal Chancellery is expanding its anti-Russian front.

“Berlin builds cooperation with the Mejlis of the Crimean Tatars, despite the involvement of this structure in acts of violence,” the experts of the portal write. Recently Refat Chubarov visited the German Ministry of Foreign Affairs. The theme of the talks was listed as “politics”, while Berlin diplomats were not troubled by the fact that in September last year Chubarov took part in the blockade of the Crimea, which had adverse effects on the Crimean Tatar population of the peninsula. Moreover, the German Foreign Ministry even decided “not to notice” the complicity of Crimean Tatar groups led by Chubarov in blowing up the power lines on the border with Crimea.

For many years German organizations have been lining up good relations with Mustafa Djemilev and Refat Chubarov. Activation of contacts took place in 2010. The goal was to strengthen the anti-Russian forces in Ukraine. Co-operation with the management of the Mejlis, the image of which can hardly be called positive among Crimean Tatars themselves, took place with the support of the United States, Turkey and other NATO countries.

Germany’s relations with the Mejlis are aligned on the foundations laid many years ago, namely, through German ethnic organizations, such as the “Society for Endangered Peoples” (GfBV) [Gesellschaft für Bedrohte Völker ―trans.], defending the rights of ethnic minorities worldwide. In 2005, Mustafa Djemilev even won awards from this organization. The Society for Endangered Peoples also helped the Mejlis to establish contacts with the German Ministry of Foreign Affairs—in summer 2009 it participated in the negotiations of the delegation of Crimean Tatars living in Germany held in the Foreign Ministry. Following this meeting it was stated that the Ministry “was consulted to find political and diplomatic partners in Germany.”

Other German organizations also patronize the Crimean Tatars, or, to be more exact, Djemilev and Chubarov. In particular, the Federal Union of European Nationalities (FUEN) is also collaborating with the Berlin authorities. In 2011, this Union even put Djemilev forward as a contender for the Nobel Peace Prize.

Attempts to support the Crimean Tatars at the state level were observed after Ukrainian President Viktor Yushchenko, who was considered as pro-Western, retired from power. The leitmotif was the desire at all levels to strengthen groups advocating rapprochement with Europe. At the same time, the German Adenauer Foundation, close to Merkel’s party, began to actively support the UDAR Party of Vitali Klitchko.

At the end of June 2011, with the support of the already mentioned “Society for Endangered Peoples”, Berlin hosted the first “German—Crimean Tatar dialogue”, one of the themes of which was “the Crimean Tatar issue as part of a rapprochement with EU institutions”. On the sidelines of the event meetings were held between Djemilev and Chubarov and the Commissioners of the Federal Government of Germany for contacts with the Crimean Tatars as well as representatives of the Federal Ministry of the Interior.

The venue for the third “German—Crimean Tatar dialogue”, which was also attended by Crimean Tatar politicians, was contributed by the German Federal Academy for Security Policy [Bundesakademie für Sicherheitspolitik ―trans.]. This academy is considered the politico-military and strategic centre of Berlin.

German—Crimean Tatar relations rapidly intensified after the reunification of Crimea with Russia. At the same time, German politicians and official structures maintained contacts only with the Mejlis and circles close to it while ignoring other Crimean Tatars, who do not accept the Western and anti-Russian stance of the Mejlis. Such an attitude to the opposition to the Mejlis was shown not only by Berlin, but also by Brussels.

Along with Germany, the Crimean Tatars intensified their relations with the EU and NATO countries. In 2014, immediately after the reunification of Crimea with Russia, Mustafa Djemilev left for Washington for political talks, including with the US Foreign Service. At the end of 2015 Refat Chubarov arrived in Washington for political talks. In December 2015 a meeting was held between Chubarov and President Erdoğan and Prime Minister Davutoğlu of Turkey. The timing of the meeting was of particular importance, since Ankara considers the Crimean Tatars as a tool in the escalation of their conflict with Russia and is interested in supporting anti-Russian forces. In Turkey, Djemilev was even awarded a special honorary order.

The fact that the Mejlis has been involved in the organization of violent actions such as the blockade of the Crimea and blowing up power lines on the border with the peninsula does not prevent the strengthening of cooperation with the Crimean Tatars, aimed against Moscow.

Just four days after the blockade started Chubarov was participating in the “Kiev Dialogue” organised by the German Konrad Adenauer Foundation (close to the German “Greens” and Friedrich Naumann—German Liberal Party) with the “friendly support” of the German Ministry of Foreign Affairs.

Meanwhile, the blockade, that makes life difficult for the civilian Crimean Tatar population of Crimea, organised by the Mejlis alongside Ukrainian fascists continued. Only 9 days after Chubarov and Djemilev’s talks with Federica Mogherini about the “de-occupation of the Crimea” the power lines were blown up, causing significant problems in providing the Crimea with electricity.

Despite all of this, Berlin is continuing to invest in contacts with the Crimean Tatars. At the end of April the Ukrainian Embassy in Germany reported that “Refat Chubarov took part in the event organised by the German Foreign Policy Network (DGAP) [Deutsche Gesellshaft für Auswärtige Politik eV ―trans.], where he exchanged views with politicians and diplomats of the German Foreign Ministry.” Following these meetings the Federal Government Commissioner for Human Rights Policy and Humanitarian Aid, Bärbel Kofler, made a statement to the media in support of the Crimean Tatars. The Ukrainian Embassy in Berlin interpreted this as “the first direct echo” of Chubarov’s talks with German diplomats. However, it has not been reported what exactly was the subject of the talks between the leader of the Mejlis and Berlin officials.

« Why does the truth about the war create a conflict between us and the Crimean Tatars? Part 2
The most famous Serbian volunteer leaves the Donbass »