“Heroes of the ATO” in Moscow

An exhibition displaying photographs of troops from the Donbas Battalion opened in Moscow on September 28:

The Centre of Moscow Became a Venue for Terrorist Propaganda

An exhibition that celebrates Ukrainian Nazis has opened at the Sakharov Centre.

Photos by Belarusian photographer Alexander Vasyukovich are exhibited in the heart of Moscow. The author presents the Ukrainian soldiers as real heroes—as “fighters against Russian aggression”. Yes, this is more disturbing than an old paedophile exhibiting child pornography. The exhibition has already caused a public outcry despite the fact that it has only just opened.

The author of the project is Alexander Vasyukovich, the winner of the Direct View 2016 contest. He first travelled to the Ukraine with the intention of glorifying the Maidan protests, and later decided to photograph soldiers of the punitive battalions. In the photographs on display at the Sakharov Centre, Ukrainian Nazis smile broadly at the camera and are portrayed as friendly lads; not at all who they are—they are murderers and rapists of women and children in the Donbass. This Belarusian photographer does not hide his sympathetic views towards the villains. 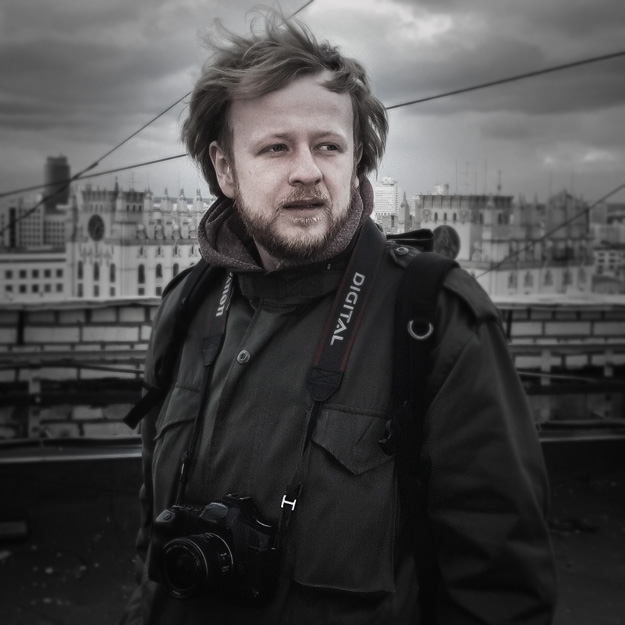 The very gunmen who appear in Vasyukovich’s photographs shell Donetsk, Gorlovka, Yasinovataya and other cities every day. Neither peace agreements nor comparable truces has ever stopped them. They are the very people whose demand is to destroy the DPR and the LPR. For them Bandera is a hero, while all that is Russian is subject to extermination. Nonetheless, this does not prevent the photographer from honouring them as his heroes.

“Many of those who were on Maidan volunteered to go to war. I decided to make my project about these particular people. I asked these heroes different questions: Who are they, where are they from, what do they do for a living, were they on Maidan and why did they decide to go to war?”

According to political analyst, Fyodor Biryukov, the exhibition violates the laws of the Russian Federation, and can in fact be considered as propaganda used for terrorism. Biryukov stresses that those Ukrainian combat troops who fight in the Donbass against civilians are no different from Daesh, which is proscribed in Russia. If Ukrainian murderers are currently glorified at the Sakharov Centre, then it is also possible that in the future someone could decide to exhibit photographs of Islamic militants there.

An exhibition of the winners of Direct Look 2016 photo-contest opens in Moscow. There have already been calls to deal with the exhibition in the same manner as the infamous ‘paedophile’ one at the Lumière Brothers Centre of Photography, so that will be fun.

It is difficult to understand Vasyukovich’s “fun.” We wish he had tried, for example, to organise a photo exhibition in Kiev, displaying pictures by Donetsk based reporters of people living under shelling and attacks by the Ukrainian fascists.

The exhibition (which in itself is pure trash) has not been running for a long time. Its “exhibits” have already, as is traditional, been vandalised with paint.

A not-indifferent individual (Anton Belikov, PhD) came and defaced it with spray-paint as an expression of his opinion of it. The exhibition is currently sealed.

Here is the link to the video about a concerned citizen visiting the exhibition.

Once again, it can be said that the state is not fulfilling its basic responsibilities. The Investigative Committee of Russia opened a criminal case against the leadership of the Donbas Battalion, with intent to charge them with war crimes in the Donbass. The opening of such an exhibition is just as absurd as opening an exhibition in Moscow to celebrate the associates of Doku Umarov or Khattab [commanders of Islamist groups in Chechnya –ed.]. As a result, ordinary citizens are forced to take matters into their hands. The memorial plaque to Mannerheim, the paedophile exhibition, promoting the accomplices of Semyon Semenchenko; the search for an all-time low continues.

3 thoughts on ““Heroes of the ATO” in Moscow”