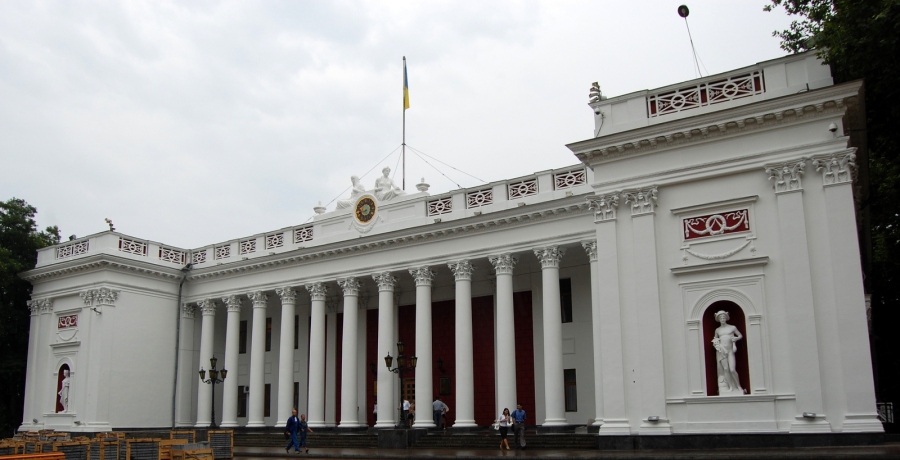 Valentin Filippov, a TV journalist, left Odessa after the victory of Euromaidan

One of the main topics in Ukrainian news today is the refusal of the Odessa City Council to rename the city’s streets in line with Kiev’s wishes. The Deputies, in place of the Heroes of the ATO [Anti-Terrorist Operation –trans.] and the “Heavenly Hundred”, assigned other names.

However, this is, in fact, just grandstanding for the public. Odessa politicians portray themselves as fighters against Kiev nationalists. The capital’s nationalists portray a struggle against a “Muscovite revanche” in Odessa.

In this story, both sides are the very same “sons of bitches”, writes the PolitNavigator observer, Valentin Filippov.

…But we have been flashed by the device from Men in Black, and we have forgotten everything. For example, the fact that the staff of this City Council has officially recognized Russia as an “aggressor country”. We suddenly did not notice apartments being distributed by the City Executive Committee to ATO veterans. We did not notice Ukrainian anthems and flowers on the Foundation Day of the UPA [Ukrainian Insurgent Army, who collaborated extensively with the Nazis –ed.]. In general, everything is fine. They just “rebelled”. They didn’t allow the streets to be renamed! Well, how didn’t they allow it? Well, they renamed them, but not like that, and not all of them. So not one was named after the “Heavenly Hundred”. Here they renamed the street “Heroes of Kruty”, but “Heavenly Hundred”—not a single one.*

But what was renamed, well yes, it was renamed, but without pleasure. It was absolutely implemented as the last choice. The Nazis even threatened them, tried to disrupt the voting. But Mayor Trukhanov hushed them, telling them “you were allowed in here and you can be ejected.” Why should he be afraid? It’s not just the Nazis who are protecting him, but the most eminent of them. The ones who proved their ability to kill Odessans at Kulikovo Field on May 2, 2014.

No. I’m not kidding. Exactly the executioners of Odessans are today on the payroll of the Mayor of Odessa, Gennadiy Trukhanov. It is exactly they who disperse any protests of other nationalist groups against the “pro-Russian mayor.” And this is known even to the Pushkin Monument on Dumskaya Square in Odessa, diligently installed by Odessans with its back facing this whorehouse. 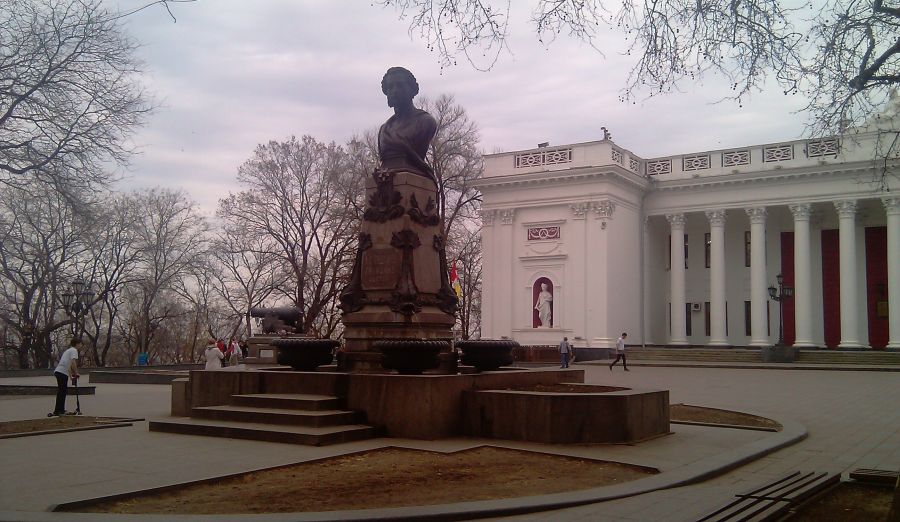 So there’s no need for fairy tales. There’s no need to pass the story from mouth to mouth of how on May 3rd, 2014, Trukhanov sat on a curb near the House of Trade Unions and quietly wept, smearing tears over his bald head. It’s a lie. He had a chance to remain a man. He had enough strength and resources, ‘athletes’ and bandits, to throw the Nazis out of the city even then, on May 2, 2014. And do not tell me what he was threatened with. What? Is he going to live forever?

This way is no longer life, it is Hell and shame in the eyes of descendants.

So what is this all about? Do they really think we don’t know? For example, the preparation of a draft decision on renaming [the streets –trans.] in the context of decommunization took place under the close supervision of SBU [Ukrainian secret service –ed.]. And not just the SBU. Each letter received approval by the higher authority. All this fuss with criminal cases and threats from the Nazis is a clear spectacle that can have real consequences only within the framework of absurdity and the general disorder that has overtaken the former Ukraine.

If we examine the renaming list, we will see that not only all communist, but everything historical that ties our people into one whole unity is suppressed. Even mention of the colour red is eliminated. That is to say, the word “red” is considered to be unacceptable in every case. Besides that, it turned out that the street cannot be named Leningradskaya, for example. The “Heroes of Stalingrad” somehow offends them. The heroes of the battle that changed the history of mankind. Indeed. This street became “Defenders of Odessa”. In the abstract.

But the most significant is the renaming of Pravda Street into Happiness Street. Even a child understands that you cannot rename Truth into Lie [“Pravda”, once the official newspaper of the CPSU, means “Truth” in Russian –ed.] . You need some kind of transitional option. And “Happiness” suits this purpose.

Therefore, don’t get carried away. There will be in Odessa a “Heavenly Hundred”, and a “Defenders from Russia”, and a “600 years of Kochubey”.†

Just not all at once.

In the meantime, while some Nazis run after other Nazis, while in Kiev they continue to be outraged by the decisions of the “separatist authorities in Odessa”, our heroic City Council will be engaged in its habitual business. Robbing and dividing the spoils.

Once again, for example, very few people noticed, but at the same time as the scandalous decision to rename the city streets, it was decided to transfer a publicly owned residential building located on Langeron Beach [a seafront district of the city –ed.] to private ownership. For peanuts. And every citizen of Odessa knows that now, absolutely free of charge, the piece of land on which the building stands will be transferred to a new owner. After that the building will be demolished, and new construction will begin.

This decision officially is explained by the need to improve the coast. Every resident of Odessa knows exactly what kind of municipal improvement this means. This ‘Maecenas’ has already ‘improved’ the embankment with swimming pools which, as a result, passed into his private ownership. And just a week after the solemn gift [of the ‘improved’ embankment to the city –ed.] with the participation of the mayor’s office, the entry there was set at 200 hryvnas per person.

By the way, this ‘Maecenas’ is also known in Crimea. It was precisely he who tried to seize a piece of Art-Bay [Artillery Bay, Sevastopol –ed.] along with a dolpinarium from the city of Russian sailors.

In this way, on the day of a dubious victory over the renaming of the streets, the citizens of Odessa were deprived of their favourite recreation spot, Langeron Beach.

It was plainly stolen.

And the fact that the thief is a member of the Communist Party—makes no difference. Decommunization does not apply to him.‡

†Kochubey was a nobleman of the Zaporozhian Host. He was executed by Ivan Mazepa in 1708.

‡The author appears to be mistaken. Trukhanov is a former member of the Party of Regions.

« Sevastopol Is Not Ukraine
“We were running across a burning bridge…” Pt. 1 »