1. Mariupol. The evacuation of civilians through humanitarian corridors has still not taken place. Only a few individuals have managed to escape the city. Mopping up continues in several parts of the city. There has been no mass evacuation from Volnovakha either.

2. There were no significant evacuations in the other cities where a “silence regime” had been declared today. Those who could tried to make their way out by train from Kharkov. Only foreign hostages were leased by the terrorists in Sumy. They are trying to prevent anyone from going out in the direction of the Russian Federation. The Russian Ministry of Defense estimates more than 4 million people are being held hostage by Ukrainian terrorists.

3. Kharkov. Fighting continues in the outskirts of the city. The Ukrainian military is operating directly out of residential districts. Ukrainian forces are also establishing positions near Chuguyev, which they heroically captured from themselves two days ago.

4. Izyum. The situation remains unclear. Local residents claim Russian forces have taken the town, but this is still not officially confirmed. The town center has suffered significant damage.

5. Kiev. Russian forces have extended their zone of control to the west of the city and are concentrating their forces on the outskirts of Brovary. Ukrainian authorities claim forces are gathering here for a rapid assault.

6. Nikolayev. The governor has urged citizens to prepare for imminent street fighting. Russian forces continue to accumulate near Nikolayev and fighting has been observed north of the city.

7. Odessa. No significant changes. The Nazis in Odessa are preparing for all-round defense, knowing they will be next after Nikolayev. The Romanian Mig-21 that was recently shot down was apparently taken out by a Ukrainian air defense system operating in the Odessa area.

8. LNR. Fighting continues around Rubezhnoe and Zolotoe. There are also reports of ongoing fighting in Popasna.

9. DNR. No significant changes in the Donetsk-Gorlovka sector. The enemy continues to subject civilian targets with artillery fire.

10. Zaporozhe sector. There are reports of fighting near Gulyai Pole. There has still been no advance towards Zaporozhe itself via Kamenskoe. Pacification measures similar to those conducted in the Caucasus are being carried in Kherson and Zaporozhe provinces – collecting arms, identifying demonstration organizers, and arresting Ukrainian military and intelligence officials and agents.

Like Loading...
4 Comments Donbass, Military Briefings, Russia
Praviy Sektor in the Battles in the Donbass
Posted by babeuf79 ⋅ Feb 28, 2018 ⋅ 2 Comments 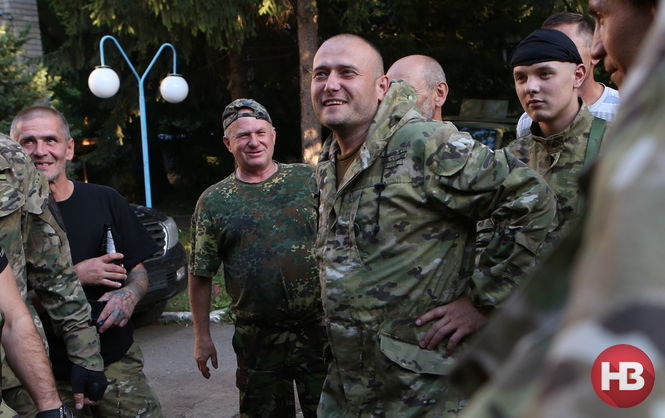 Formally, fighters from Praviy Sektor (PS) only appeared in the Donbass in July of 2014, after the official date of formation of the 5th Battalion of the Ukrainian Volunteer Corps (UVC); however, the members of this extremist organization in fact took part in the conflict from its very first days.

END_OF_DOCUMENT_TOKEN_TO_BE_REPLACED 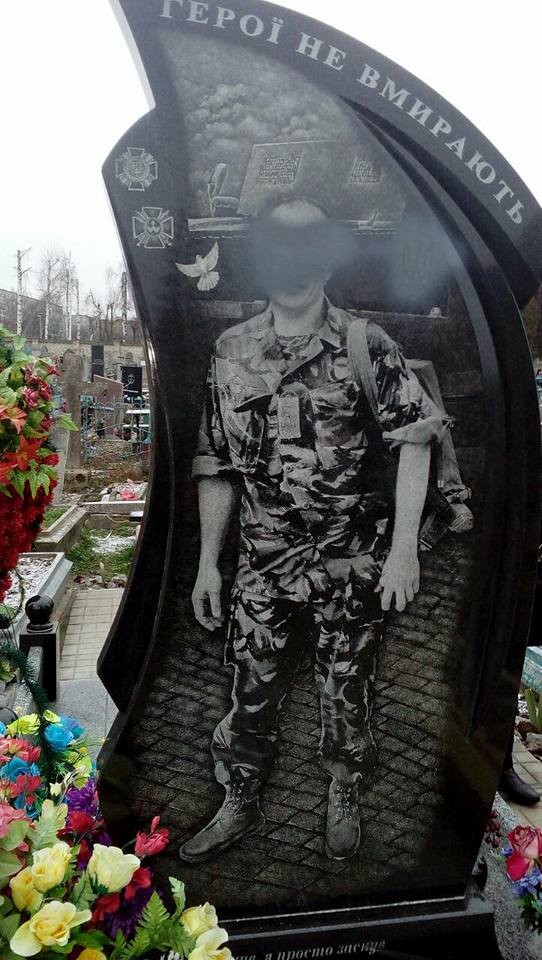 In addition to the monument to the ATO forces that was daubed with red paint in Odessa—in the Dnepropetrovsk region, in one of the cemeteries in the city of Pavlograd, the faces of ATO troops who died in the Donbass were vandalised.

END_OF_DOCUMENT_TOKEN_TO_BE_REPLACED 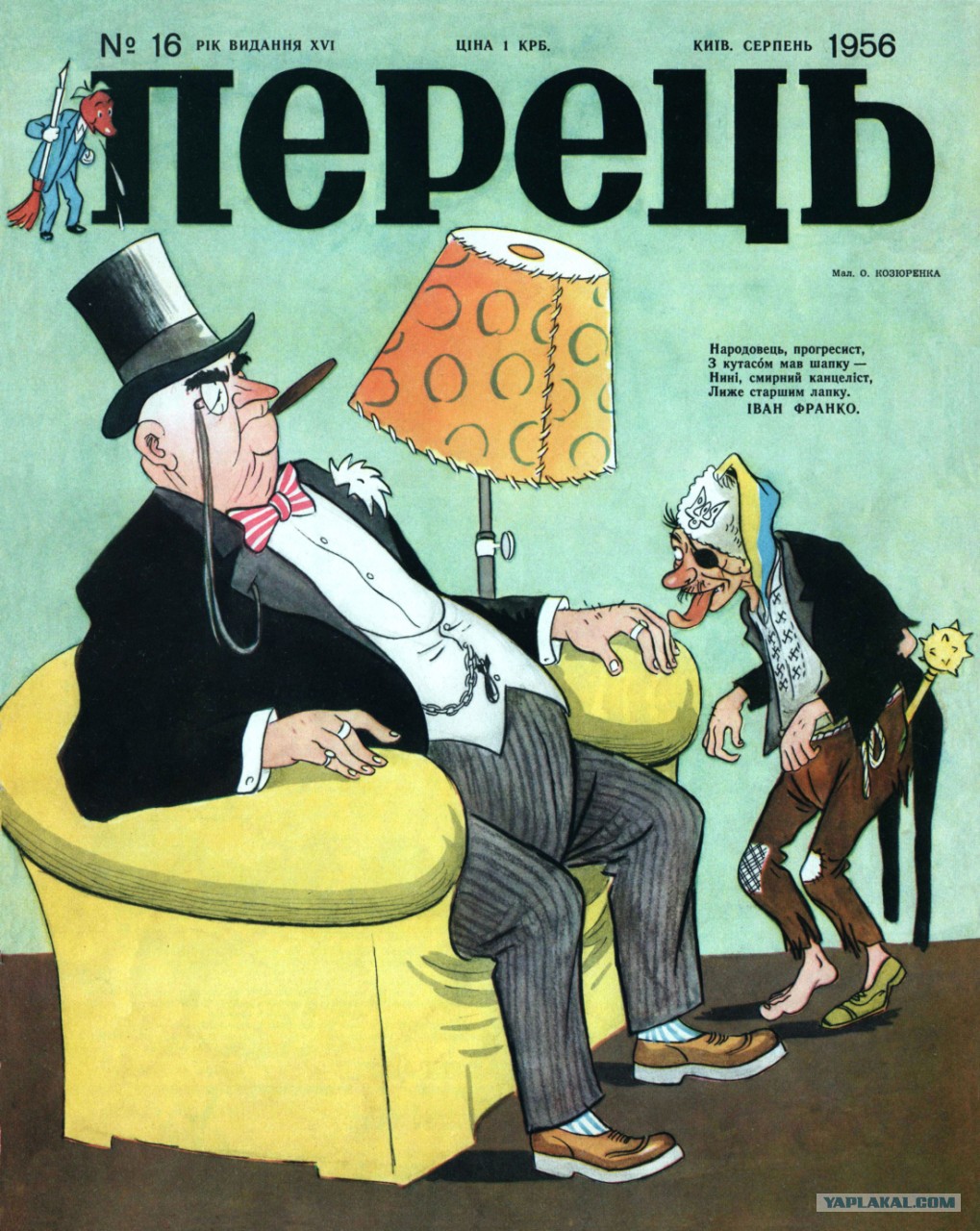 Briefly, regarding the decisions of the Kiev City Council and the statements in the Verkhovna Rada on the need for Poroshenko to resign.

1. The main thing that one must understand is that the source of Poroshenko’s power is not “the Ukrainian people,” but the good will of his foreign masters. If he more or less suits Washington as President, then he will continue (at least until the end of his term) to sit as President. If he loses the “credit of trust,” then in that case we will see a change of power—through early elections or through street protests, or through both at once. As an example, one can recall Saakashvili, who lost that trust and was replaced by more adequate characters and, what is more, who was unable to fully restore his lost trust up to date. This is the source, then, of all the flattery of Poroshenko, Klimkin and the rest of the clique, before Trump. They understand perfectly well that their future depends on his “goodwill,” since it is the USA that is the main guarantor of their legitimacy. When Kolomoiskiy wanted to challenge this legitimacy—he was contacted by the US Ambassador and now Benya [Kolomoiskiy’s nickname –ed.] is forced to go and grovel to Poroshenko. Thus, they need to give him [Trump] all sorts of attention and carefully pretend that the support to Clinton was a minor misunderstanding, because there is a risk that Trump will want to reshuffle the deck of puppets in the Ukraine and that Poroshenko will not be among the new set. That is why as long as there is US support the Verkhovna Rada will not vote for impeachment. But if there is no such support, then different options are possible with Saakashvili, Yatsenyuk, Nalyvaichenko or Tymoshenko, but this does not depend on them.

END_OF_DOCUMENT_TOKEN_TO_BE_REPLACED

Interview with Mikhail Chaliy, the brother of Aleksey Chaliy, who took an active part in the Sevastopol uprising in 2014, the year in which in fact the Crimea’s return to Russia began.

Mikhail, unlike Aleksey, was always somewhat in the shadows, but in the days of February 2014 he did great organizational work, ensuring the functioning of the transitional government and preserving the city’s life support systems. 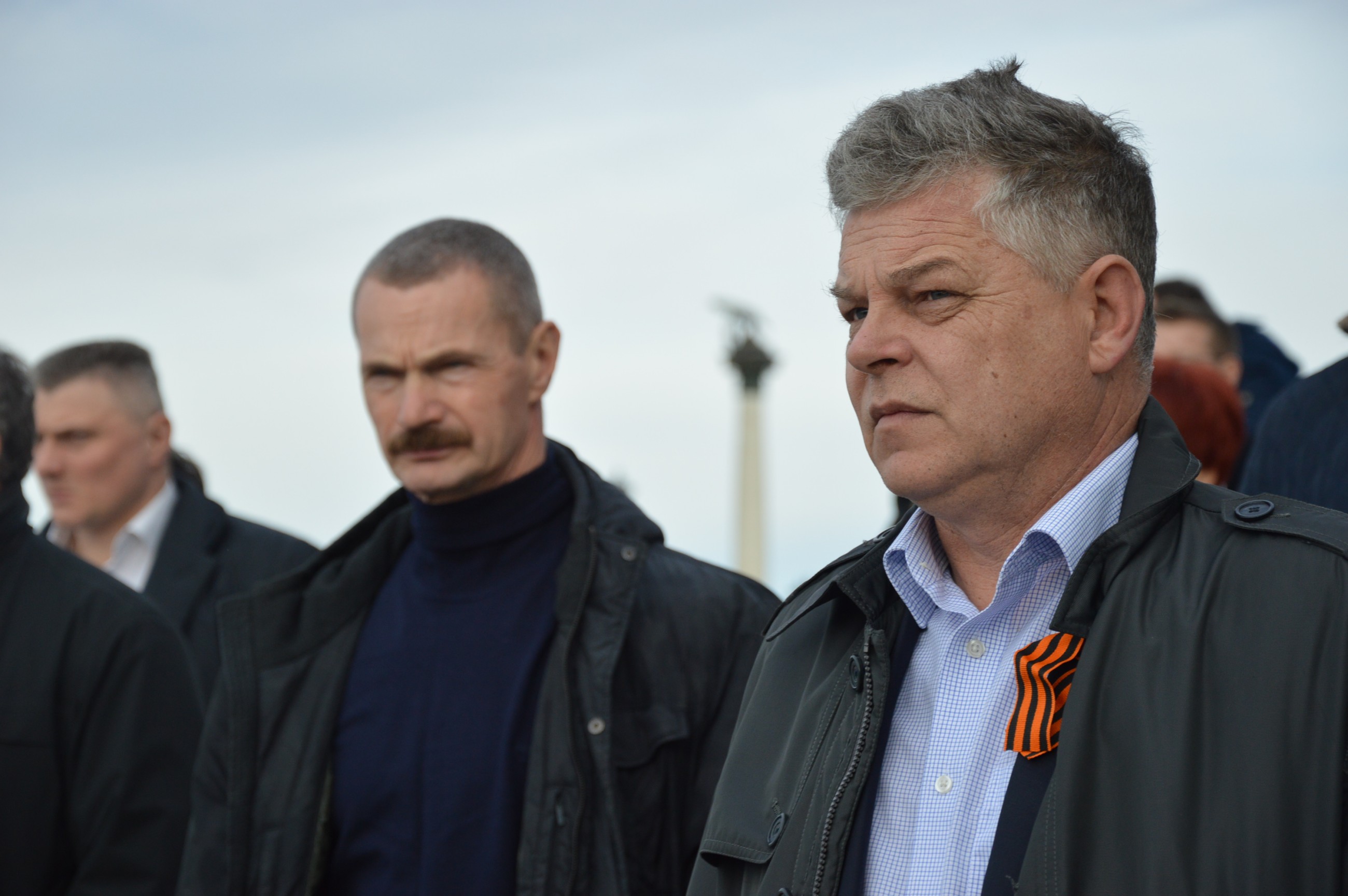 The Word and The Deed. Mikhail Chaliy: “We were running across a burning bridge”

Journalistic materials, like children, have differing births: some ‘deliveries’ go easily and without pain, others in torment—for yet others, one has to resort to extraordinary measures. For this material, I had to resort to such extraordinary measures. To wit—I had to tell Mikhail Chaliy, to whom Sevastopolitans need no introduction, some obvious nonsense. Perhaps it was not quite ethical. But much of what has been said here was said only due to the fact that Mikhail Mikhailovich ‘buttoned up’, and was not prepared to talk about the difficulties he experienced…

END_OF_DOCUMENT_TOKEN_TO_BE_REPLACED 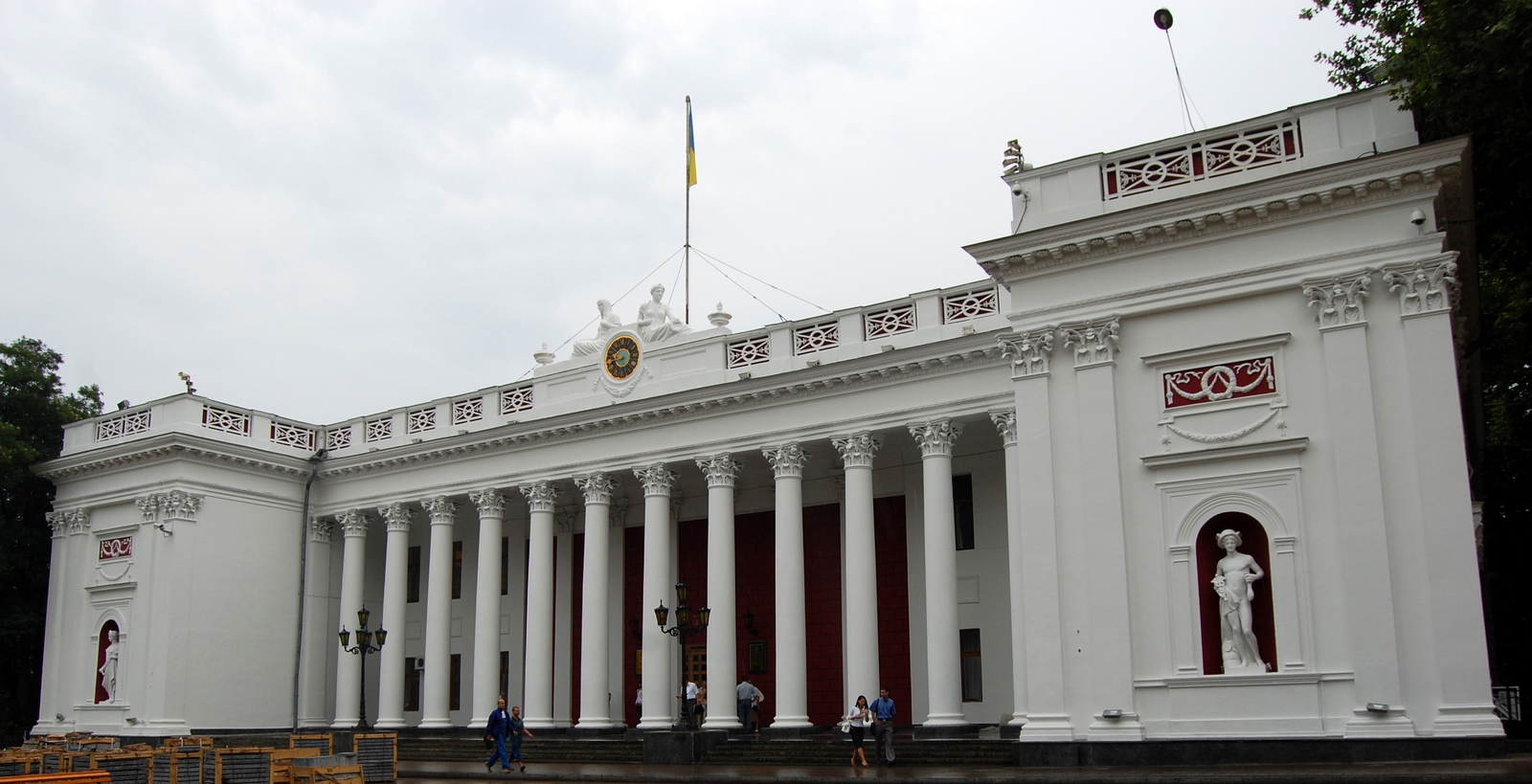 Valentin Filippov, a TV journalist, left Odessa after the victory of Euromaidan 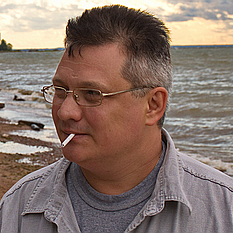 One of the main topics in Ukrainian news today is the refusal of the Odessa City Council to rename the city’s streets in line with Kiev’s wishes. The Deputies, in place of the Heroes of the ATO [Anti-Terrorist Operation –trans.] and the “Heavenly Hundred”, assigned other names.

However, this is, in fact, just grandstanding for the public. Odessa politicians portray themselves as fighters against Kiev nationalists. The capital’s nationalists portray a struggle against a “Muscovite revanche” in Odessa.

In this story, both sides are the very same “sons of bitches”, writes the PolitNavigator observer, Valentin Filippov.

END_OF_DOCUMENT_TOKEN_TO_BE_REPLACED

Preamble: March 16 was the third anniversary of the reunification of Crimea with Russia. As the Ukraine continues to claim jurisdiction over the territory, and claims that the population has been forced into accepting Russian rule, we thought it would be instructive to see what was written about the Hero City of Sevastopol in 2009, by Mustafa Nayyem, one of the main proponents of Euromaidan, and now a People’s Deputy in the Supreme Rada in Kiev. 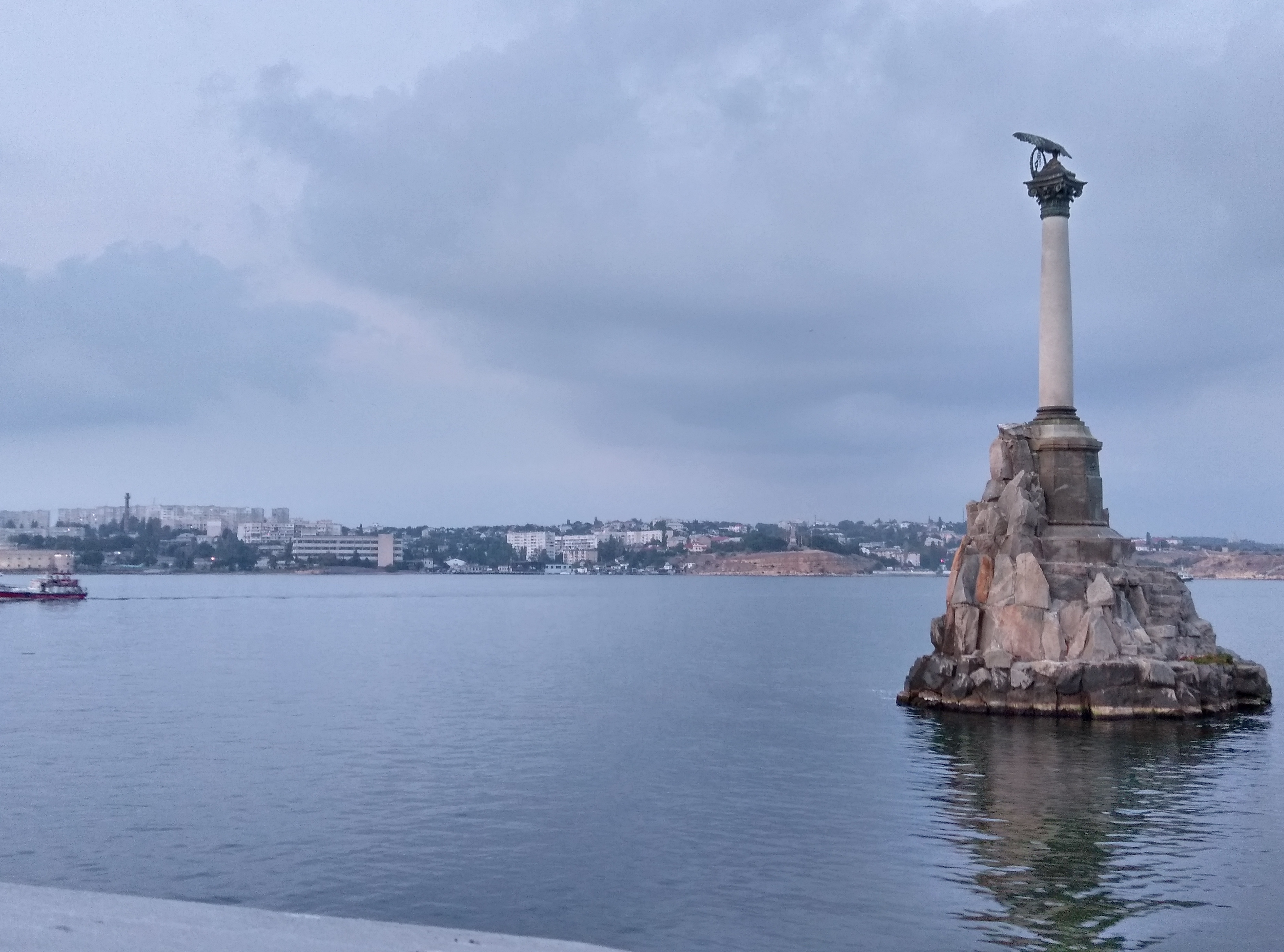 This is a very beautiful city, proud and genuine. There is little affectation here. Moreover—there’s an openness, that converts one from rudeness and bluntness into an admiring, sincere person.

By the will of fate, of politicians, and of history, it is now a Ukrainian city.

It’s a Ukrainian city, in which Ukrainians are called invaders.

END_OF_DOCUMENT_TOKEN_TO_BE_REPLACED

Obstruction of Justice: How the British Government Protected 8,000 Soldiers of the Waffen-SS Galitsia Division 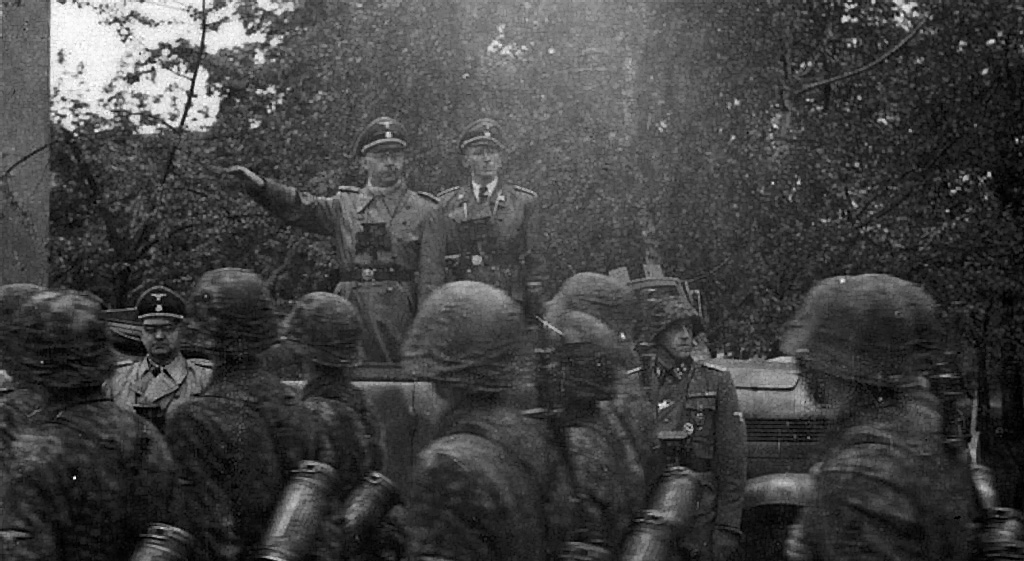 Amid the continued support given to the fascist politicians and military of Ukraine by western governments, many people are asking how such a betrayal of the sacrifices of the Allies in World War Two could take place. However, what most people are unaware of, in large part due to an ever-more corrupted media, is that these governments have a shocking history of protecting the perpetrators of some of the most terrible crimes of that war. One of the most egregious examples of this practice of shielding war-criminals from justice was confirmed in 2005 with the declassification of British Home Office papers showing that the British government protected at least 8,000 members of the Waffen-SS Galitsia Division from the justice that awaited them in the Soviet Union.

END_OF_DOCUMENT_TOKEN_TO_BE_REPLACED

Some say that Motorola did not have enough security, some—that in wartime, officers and their families should stay in barracks. But those who think this way fail to understand the realities of this war.

121 Chelyuskintsev Street is a common prefab, nine-storey building with six entrances. There, on the seventh floor, lived Arsen Pavlov with his family—his wife and two little children.

I will say it once again—the legendary Motorola lived in a common building. To clarify—when looking for an apartment in Donetsk I did not even consider those options. I am an ordinary man, without special pretensions.

People think that such a big and well-known personality has to live in a luxury house in a closed compound, with security cameras and fences. But there was not even a concierge there.

“Nobody would be surprised or upset,” writes Prilepin, “if Motorola had lived in a large cottage behind a huge fence, with a tank standing in the yard. There are many empty houses in Donetsk, whose owners left for Kiev at the beginning of the war. After all, he was one of the main ‘separatist militants,’ if one believes what the Ukrainian media claims, who had so enriched himself that he should have built himself a palace long ago. But no.”