On October 25 the next elections will be held in Ukraine. In general, it will be a classic choice of varieties of “the same”. In previous elections one at least could put a tick for the CPU [Communist Party of Ukraine ―ed.], but now even Symonenko’s Communists are not there. This is so sorrowful. There are only oligarchic parties and fascists—take your pick, my friend.

I look forward to the realization of my prognosis made the day of the beginning of the civil war in Ukraine.

“After three to four years, a freedom-loving Ukrainian suddenly discovers that for some reason his life is no better than it was—various ghouls of varying degrees of filthiness are still in power; he became poorer and life became more expensive; he would be better off working somewhere other than in Ukraine; he is a little ashamed to remember himself in 2014 walking with his friends on Maidan to celebrate the anniversary of the Victory; and the association with the EU remains meaningless words for him. And the ‘revolution’ suddenly turned out not to be a revolution at all. The citizen wakes up from years of slumber, looks around himself with a puzzled look and the dumb question ‘Where am I? Who are these people? What’s happening?’ And then the frustration peaks, the ‘victorious revolution’ collapses and is picked up by local fascists; or else, if the South-East has not fallen away yet, another oligarchic party is brought to power from there, perhaps even the old ‘gang’, who say: it may have been shitty with us, but with these now it’s even worse. ‘Vote for us,’ they say, “for stability of plunder. Down with unstable robbery!’ And the Ukrainian, so disillusioned with the ideals of the ‘revolution’, having forgotten all his oaths, ‘Do not forget! Do not forgive!’, runs to vote for the stability of his own pocket, not noticing both parties striving to climb into it, tempting him into the queue with the already long-foetid fiction of ‘free and fair elections’, where the only choice will be between who will get to fleece the ‘free Ukrainian’.”

So these elections will not bring anything good to Ukraine and her suffering will continue.

Oh well, a selection of agitation-poster art for the elections: 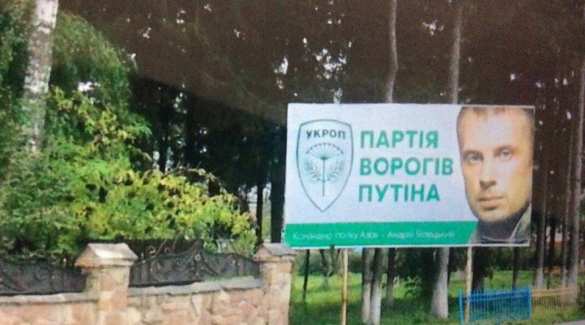 “For peace on our God-given land.
Petro Kuzik. Svoboda Legion”

“The Bereza Plan—
the last chance to defend Kiev.
Party of Resolute Citizens” 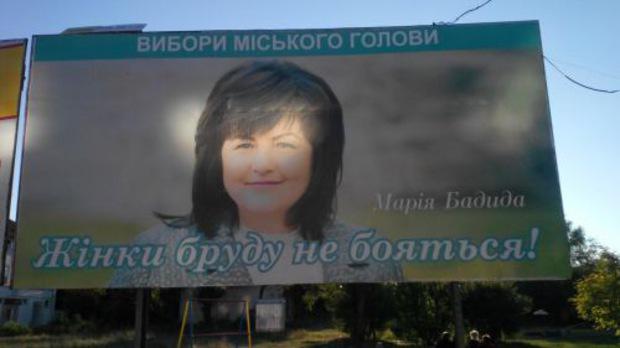 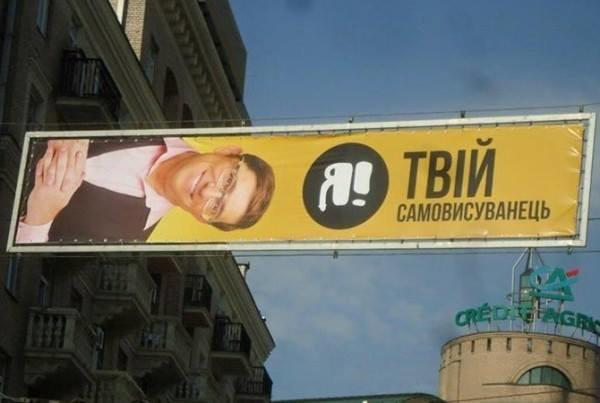 “Me! Your independent candidate” 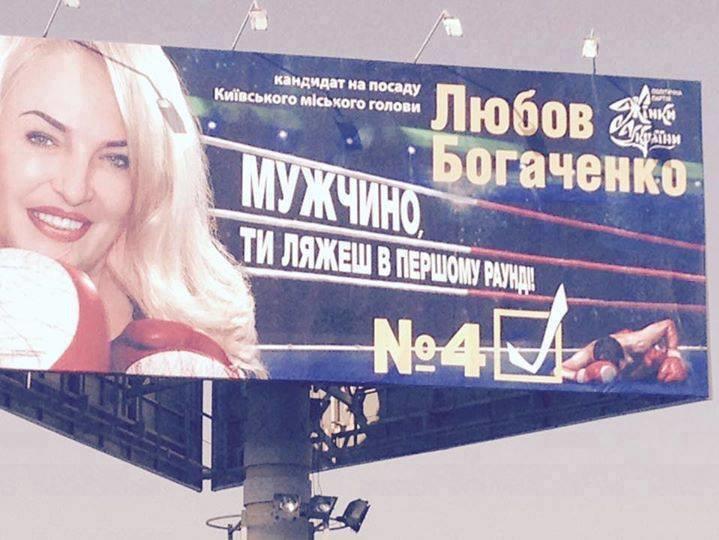 “Candidate for Kiev City Mayor. Lyubov Bogachenko
GUYS,
you’ll be laid out in the first round!” 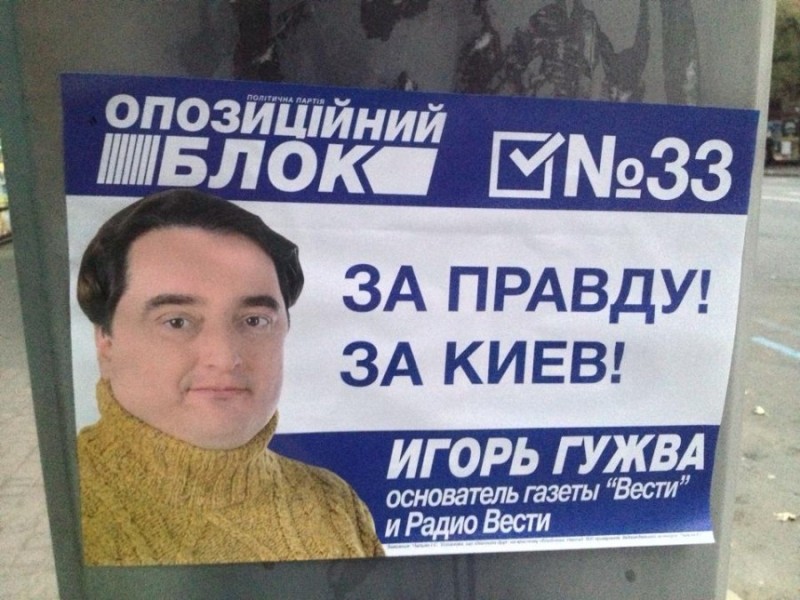 “Yuriy Davidenko
‘Time to Act!’
No. 11 on the ballot
Party of Youth to Power” 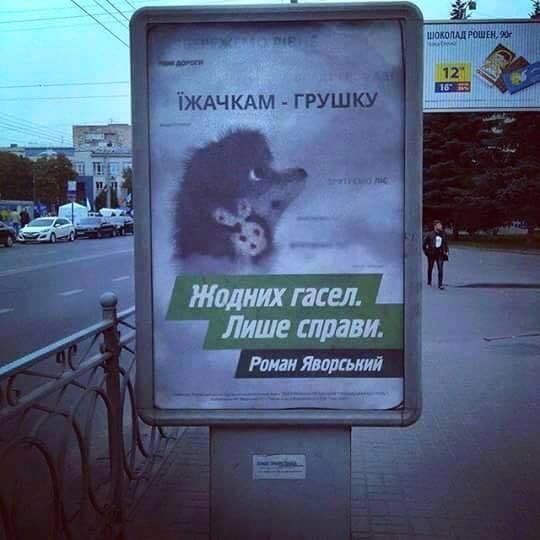 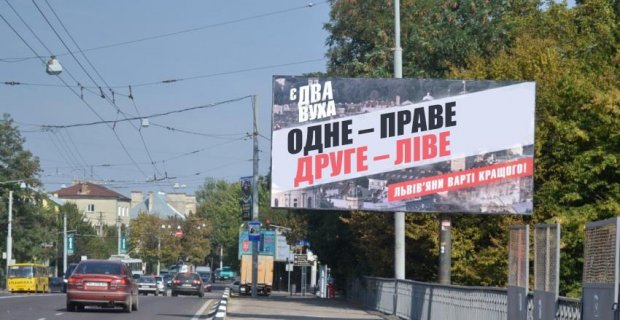 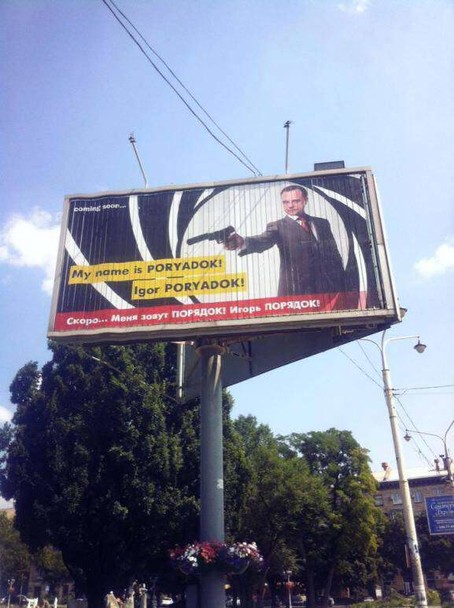 “All power is from God”

« Korea or Krajina
Changes in the DPR and the LPR »

4 thoughts on “Elections in Ukraine”