Preamble: While the various existing journalism codes of conduct vary, most share common foundations that include the principles of—truthfulness, accuracy, objectivity, impartiality, fairness and public accountability—as these apply to the attainment of newsworthy information and its ensuing dissemination to the public.

The modern-day reality is that the overwhelming majority of current Western main-stream media is deceitful, unfair and connected to a government purpose. The outcome is that a newscast viewed objectively by somebody, may in fact seem rational, and might pass muster simply because the person who took it mistakenly and in good faith believed it to be true. Such a conclusion places form above substance and undermines the entire ethics and standards of journalism. It has become nothing more than propaganda, a means to distribute bias.

“Every empire, however, tells itself and the world that it is unlike all other empires, that its mission is not to plunder and control but to educate and liberate” –Edward W. Said

Perusing the daily headlines has become somewhat like reading a prologue to global conflict, penned by a madman. Every day there is some new-found elaborate Russian plan to overrun the Ukraine, take control of Syria, or conduct programmes of genocide. It seems that every Western reporter has uncovered a conspiracy of their own that firmly pins the blame for the world’s troubles on Putin or the Russian people; the only problem being that all of their sources remain ‘anonymous’ and their stories cannot be confirmed. These constant, and often contradictory, reports fill social media streams and television screens, and have become the basis for stock phrases such as ‘Russian aggression’ and ‘Western Values’, which politicians need only utter to convince their constituents that they are indeed righteous while the enemy is not. The insanity of Western political and cultural rhetoric is no longer an undercurrent, instead, with disconcerting ease, it has lodged itself into mainstream conversations. A contemporary example is the funding and training of terrorists by the United States and Europe—no longer a notion relegated to conspiracy theory or the occasional intuitive op-ed; instead, it is a reality that is openly discussed at the highest levels of government authority. Furthermore, the constant labelling of countries such as Russia as a threat that is equal to or greater than ISIS can only further confirm that such terror groups are tools used to destabilise regions deemed a threat to US hegemony.

Similarly, the merciless assault on Assad and the Syrian people by ISIS and US-trained ‘moderate rebels’ is a crime against humanity of the highest order, and yet the Western mainstream does not bat so much as an eyelid at the daily horrors of modern imperialism. Such criminality has been thoroughly normalised and encouraged through Western media, through education and through culture. It is in this way that Bashar Al-Assad is blamed with the utmost ease for the present refugee crisis and the chaos in Syria, despite such problems only coming into existence after Western-led interventions in the Middle East. Compounding this ignorance is the fact that to question the purported barbarity of the Assad government is to be marked by the same brand that is used against all those who seek to establish a truth beyond the West’s caricatures of its enemies. 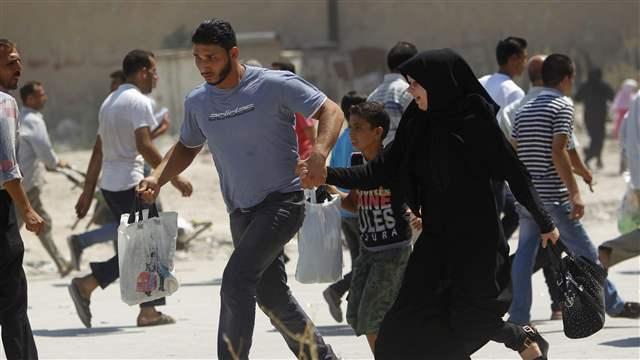 Journalists and scholars such as John Pilger and Stephen Cohen are being cast as the “useful idiots” of Putin for merely presenting rational views with regard to the crisis in Ukraine. They are lambasted and insulted by a jeering mainstream media whose journalistic agenda is derived directly from their economic benefactors. What is worse than the voices of the puppet media and so-called intellectuals is the outcome of the narrative. In Ukraine this process is already under way—through banning Russian literature, cinema and culture. Beyond this cultural censorship has been the total prohibition of communism and any related Soviet imagery; an act that spits in the face of millions of Ukrainians who proudly remember their contribution to the USSR’s victory over fascism in WWII. This revision of culture and history is not limited to the rabid opportunism of the Ukrainian oligarchs, it is also evident in the absurd memorials to the ‘victims of Communism’ in Canada, the US and elsewhere. Conversely there are no great memorials in major US cities dedicated to the tens of millions of Native Americans killed during and after white settlement. Imagine the reaction from US and British hypocrites if memorials to the countless millions of victims of Western colonialism were erected in Moscow or Beijing.

This perpetual barrage of propaganda against all levels of society has created a pseudo-reality that encompasses every aspect of waking life. The anniversary of America’s 9/11 tragedy has come and gone again and the imagery of that fateful day has become indiscernible from the violence and destruction that nowadays fills the plots of a series of blockbuster films. By removing the lines between fiction and reality, it has become easier to hide the atrocities committed by the United States and its allies in their perpetual war in the name of ‘freedom’. Scores of deaths in the Middle-East are rattled off by robotic news presenters, whose casual tone is mirrored in the desensitisation of our own reactions. 2996 people died on 9/11 but how many millions have died in the Middle East during the West’s reign of terror? To put such civilian deaths further into perspective, examine the tens of thousands of civilians killed in Palestine, Yemen, Iraq and Syria in the past year alone by the United States and its allies. Now compare this to the so called war against ISIS led by coalition forces whose results have been negligible to say the least. This isn’t simply cognitive dissonance but a resounding confirmation of the effectiveness of Western systems of propaganda. 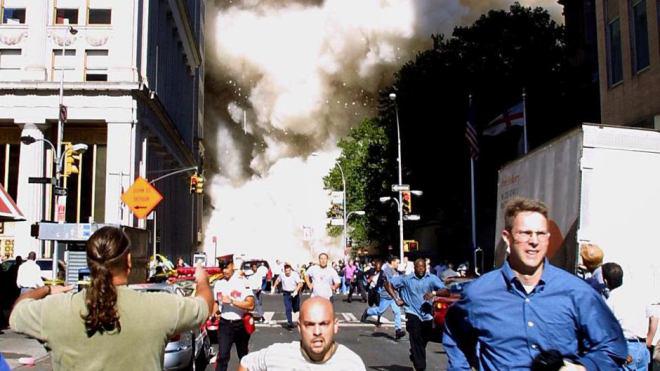 This selective attentiveness is an essential weapon in the arsenal of imperialism. It can take the photo of a drowned three-year old refugee and exploit it in the name of increasing the very violence that caused him and many others to flee in the first place. The act of exploiting Aylan Kurdi’s death was not to establish an international humanitarian aid project, but instead to elicit more hatred and indifference towards the suffering of the Syrian people who have not left their country and are considered the enemy. Western leaders have taken this opportunity to beat the drums of war and advocate more bombing and more killing in the Middle East. A sick irony of this exploitation of Aylan is mirrored in ISIS producing the very same propaganda with his photo. In the media frenzy that was orchestrated around a single death, better informed people have rightfully asked why a similar response can never be found for the aforementioned civilians who are killed by the West and its allies. Those hundreds of thousands of dead are forgotten because politicians and the media tell us first to fear, then to hate, and then, finally, to ignore them.

This social programming has not only paved the way for perpetual global wars but also removed domestic freedoms in the imperial centres. The fear that has been continuously drummed into society about those conspiring to ‘take our freedoms’ or who are ‘jealous of our liberty’ has evolved into something far more sinister. It has caused us to willingly hand over these very freedoms of our own volition. Fear is no longer a confusing and foreign concept but instead a part of everyday life. Government surveillance of entire civilian populations is an accessory to modern living. Police outfitted and armed with military equipment, while disorienting at first, is being sold as a necessity in facing the lower classes of society. In fact if you have enough money you can hire your own private soldiers to protect yourself from the poor. The key to this erosion of human dignity and freedom is the creation of a perpetual enemy, an ‘ism’, something that is easily visualised and appeals to a hatred born from the devaluation of our own intellectual autonomy. 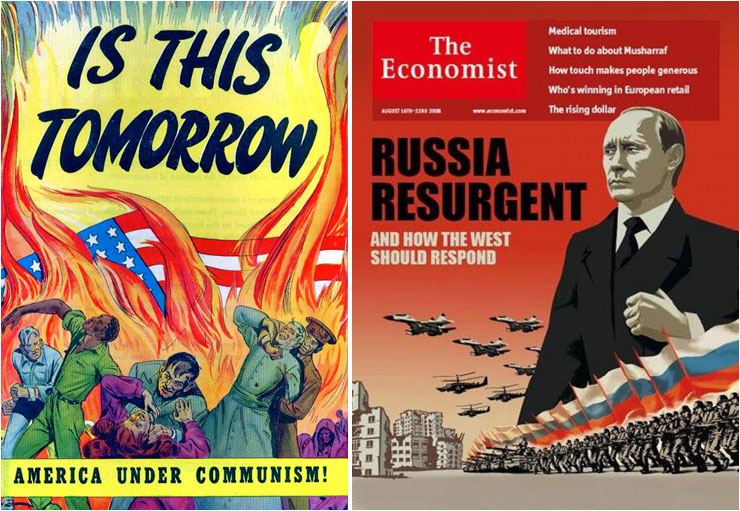 As 2015 nears its end, it is worth remembering not only the trials and tribulations that face those countries besieged by the forces of imperialism but also how far the resistance has come. The Novorossiya Armed Forces stand ready to repel any attack by the Ukrainian fascists, their ranks having grown from ill-equipped civilians to professional soldiers. Syria, despite the horrors it has faced, will not bend to the foreign forces seeking to destroy it. Russia and China have solidified an alliance that will provide inspiration to other nations that seek to oppose the onslaught of Western imperialism. Though each country and its leaders have made mistakes, which should rightly be criticised, they are still on the front line of the fight against imperialist forces. It is our duty to support them and retain the power of truth—both historical and present. As much as this struggle involves warfare and economics, it is also one of mental freedom in which shameless propaganda must be confronted by knowledge and awareness.

As Commander Alexei Mozgovoy put forward in his manifesto, “we call for all peoples who know what fascism is, from their grandfathers and fathers, to join our fight!”